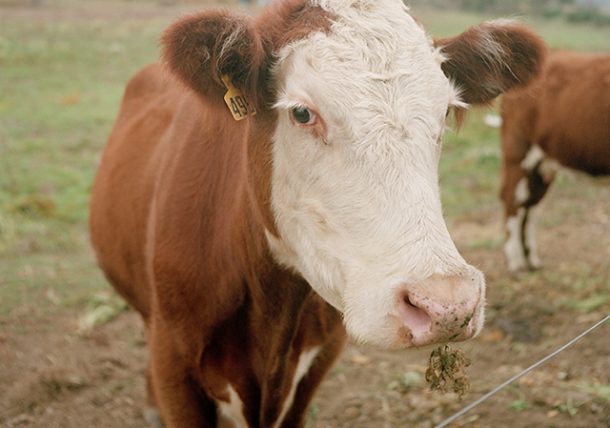 Texas cattle producers have reported an increasing number of cases of bovine anaplasmosis, a disease caused by a bacterium (Anaplasma marginale) that infects red blood cells. The infection is spread from animal to animal via any mechanism that transmits red blood cells, such as contaminated needles, dehorners, ear taggers, ticks, horse flies and deer flies. The disease appears to be most prevalent in the Edwards Plateau and Rolling Plains of West Texas.

According to a national survey, bovine anaplasmosis was the second most important disease threat to cattle in the 1970s. Today, some consider it a disease of bygone times that no longer threatens Texas producers. However, more cases of clinical disease have been reported recently, possibly because of increased cattle movement. When infected and uninfected cattle are comingled, the unprotected cattle can become acutely ill.

Clinical signs include anemiaa condition marked by a deficiency of red blood cells or of hemoglobin in the blood, resulting in pallor and weariness, jaundicea liver condition that causes yellowing of skin and eyes, abortion, sudden weight loss and often death. Anemic cattle are weak, have difficulty breathing and behave more aggressively. In jaundiced animals, the eyes and gums are yellowish.

If the animals recover, they will be infected with the bacteria for life (persistently infected). However, the persistent infection will protect the infected animals from showing active disease. The period from infection until the appearance of clinical signs varies from two to five weeks, depending on the animal’s age.

Cattle are at greatest risk when A. marginale is spread to susceptible cattle during husbandry practices such as dehorning, ear tagging and vaccinating. Many animals can be infected at once during these procedures. About 40 days later, many may die.

It is very difficult to clear persistently infected animals of A. marginale organisms using tetracycline. Although long-acting injectable oxytetracycline was previously thought to be effective, current studies show that it is unlikely to eliminate a persistent infection. Clearing a persistent animal can be detrimental because it will be susceptible to becoming reinfected and suffering clinical disease

No United States Department of Agriculture-licensed vaccine is available to control bovine anaplasmosis. The source of infection is persistently infected animals. To reduce the spread of this disease, producers must manage persistently infected cattle properly. This specifically applies to introducing replacement cattle into an existing herd:

Diagnostic tests can determine whether cattle are infected. To have cattle tested, send blood samples to the Texas A&M Veterinary Medical Diagnostic Laboratory.

Use the test results when analyzing the risks of comingling infected and uninfected cattle. It can be just as disastrous to bring uninfected animals into a herd of diseased cattle as it is to introduce diseased animals into an uninfected herd. It’s best to consult with your large animal veterinarian to evaluate your risks and develop a strategy for health management in your herd.

The Tick App for Texas and the Southern Region. By Pete Teel and collaborators. http:// tickapp.tamu.edu/.