How to Prevent Cat Scratch Disease 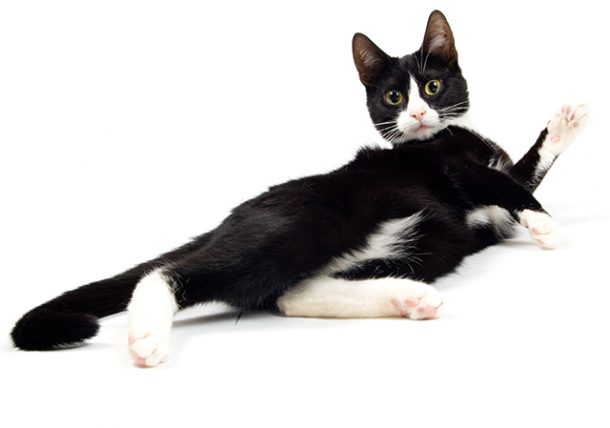 Singer/songwriter Ted Nugent alluded to Cat Scratch Disease (CSD), an infectious disease of Bartonellosis, through his popular, iconic rock song of the 1970s “Cat Scratch Fever.” Cat Scratch Disease is among a growing number of diseases in animals and humans. The primary reservoir for the infectious disease is, not surprisingly, the cat. In fact, 41 percent of domestic cats are affected with the disease, according to the Centers for Disease Control and Prevention. CSD is caused by the bacteria Bartonella henselae. This family of bacteria is also responsible for trench fever, transmitted by the body louse, during World War I. It sickened one-third of soldiers on both sides of the war and Oroya Fever in South America, spread by the sand fly.

Bartonella henselae infects cats through the bites of infected insects (primarily fleas and ticks) that feed on the cat’s blood and the ingestion of infected insects’ feces. Cats that were in catfights or who have received blood transfusions are more at risk for infection. The infected insects can spread the bacteria to other animals, including dogs when exposed to the insects’ feces. As a zoonotic disease, the Bartonella bacterium can be transmitted between animals, including humans, by a cat scratch or bite contaminated with flea feces. Given this type of transmission, CSD is seen worldwide.

The Bartonella bacterium is found in the blood and the lining of the blood vessels and can be expressed in many forms, including diseases of the mouth, eye, heart, nervous tissue and a myriad of other organ systems. These varied sites of damage can make it difficult for clinicians to target the specific cause of illness. And the cat can have many organisms in its blood and not show any symptoms whereas dogs that contract the infection are more likely to show signs of illness such as fever and heart problems. Other clinical signs may include swollen lymph nodes and malaise

While it’s difficult to detect Bartonella in animals and humans, a doctor can obtain a blood culture to confirm the diagnosis. Other specialized blood tests that detect DNA of the organism, such as Polymerase Chain Reaction (PCR)a technique used in molecular biology to amplify a single copy or a few copies of a piece of DNA across several orders of magnitude, generating thousands to millions of copies of a particular DNA sequence and serologythe scientific study or diagnostic examination of blood serum, especially with regard to the response of the immune system to pathogens or introduced substances, are helpful. A patented culture medium, specific for Bartonella species (used by Galaxy Diagnostics, an early stage infectious disease testing company founded by Dr. Ed Breitschwerdt from North Carolina State University College of Veterinary Medicine), is the gold standard for diagnosis.

If an animal is bitten or scratched, immediately clean the wound with soap and water and contact a veterinarian. Animals and humans found sick with the organism can be treated with antibiotics, which in some cases may require multiple types of drugs and a long recovery time.

To decrease the spread of Bartonella, flea control is paramount in both cats and dogs. There are many long-lasting flea products on the market. Your veterinarian can help you choose the best for your situation. At this time, there are no vaccines to prevent this disease. The Centers for Disease Control and Prevention recommends the following preventative measures:

Individuals who live and work with animals, particularly veterinary professionals, children and other potentially immunocompromised individuals, are most at risk of contracting this infection. As the diagnostics and research improve, this disease should become less problematic for all, but much more research is necessary.