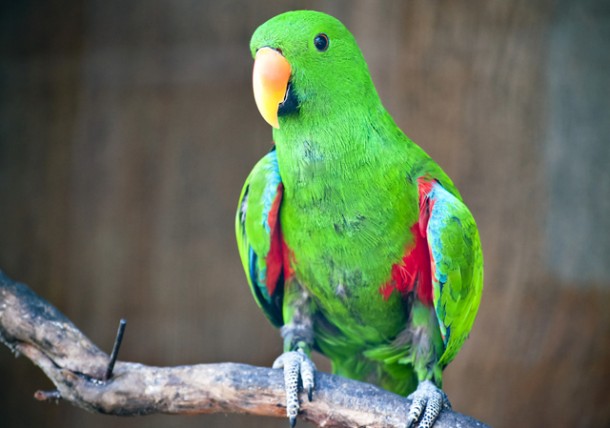 Egg-binding occurs when a female bird (hen) fails to lay an egg within the standard period of time. The egg delivery period varies between species and even amongst individual birds. However, if your hen attempts to lay an egg but it has been several days since her last egg, she may be egg-bound. While any bird can become egg-bound, this condition is most commonly seen in smaller bird species, such as cockatiels, parakeets, lovebirds and finches.

What Causes Egg-Binding in Birds?

Causes for egg-binding are usually attributed to three primary issues: (1) issues with the egg itself, such as eggs that are either too big or positioned incorrectly and have trouble moving through the oviductThe tube through which an ovum or egg passes from an ovary. and can get stuck; (2) problems with the reproductive tract, such as inflammation, infections and tumors of the reproductive tract that can interfere with the normal passage of an egg; or (3) metabolic problems, such as calcium deficiency. Birds with a poor diet can be overweight or suffer from calcium deficiency, both of which can lead to egg-binding. Calcium deficiency can also develop in hens that are chronic egg-layers who may be laying an excessive number of eggs. This overproduction of eggs eventually causes a depletionReduction in the number or quantity of something. of calcium stores, which are required to form a calcified egg. Low calcium can lead to thin or soft-shelled eggs.

How Do You Know if Your Bird is Egg-bound?

Egg-bound birds can present a variety of clinical signs, with most owners noticing their female bird straining to pass an egg. Some owners may mistake this as the bird straining to defecate, as often the hen is producing small to no droppings. The bird’s belly may appear distendedSwollen due to pressure from inside; bloated., and in some cases, she may have some labored breathing, especially after flying. Owners may also notice that the bird is eating less, sleeping more than normal and appears lethargicSluggish and apathetic. and fluffed up. In more advanced cases of continued straining, the oviductThe tube through which an ovum or egg passes from an ovary. can become prolapsed, with the egg stuck within the tissue.

What to Do When Your Bird is Egg-bound

When a bird is suspected of being egg-bound, it is important to have her evaluated by a veterinarian who is comfortable treating birds. A physical exam is performed to confirm the presence of an egg and to evaluate the overall health of your bird. Radiographs (X-rays) are often recommended to evaluate the size and position of the egg to determine if the hen can pass the egg on her own. The radiographs also help to verify the number of eggs present in the oviductThe tube through which an ovum or egg passes from an ovary., whether the eggshell is calcified and if the bones appear dense, indicating that there are adequate calcium stores in the long bones.

If there is a possibility that the egg could still pass on its own, medical management is recommended. Supportive measures such as fluids, calcium supplementation, pain medication and nutritional support are provided in a warmed incubator to assist the hen in laying her egg. In some cases, surgical intervention may be necessary. Manual extraction is attempted if the egg can be visualized through the cloacal opening or if the egg is contained within prolapsed tissue. For eggs that are located further up in the oviduct, a salpingohysterectomy (spay) may need to be performed.

How to Prevent Egg-binding in Birds

To keep your hen from becoming egg-bound, it is important to provide an appropriate diet so that she is healthy and has adequate calcium stores. Providing supplemental sources of calcium (such as a cuttlebone) during egg-laying season will help prevent deficiencies in calcium. Birds that are producing excessive numbers of eggs should be discouraged from laying further eggs. A few measures to discourage egg-laying include removing nests and nesting material, separating the hen from mates (real or perceived ones in mirrors or toys) and stopping stimulatory petting over the bird’s back. Along with the behavioral changes mentioned, hormone therapy injections can also be administered at the beginning of the egg-laying season to discourage egg-laying in birds.

If treated in a timely manner, most birds recover from an egg-binding episode. Many birds can lay eggs in the future without any issues. However, birds that have a damaged oviduct or have a poor health status (such as continued calcium deficiency or obesity) may be predisposed to further bouts of egg-binding.