My Pet is Bleeding. What Should I Do? 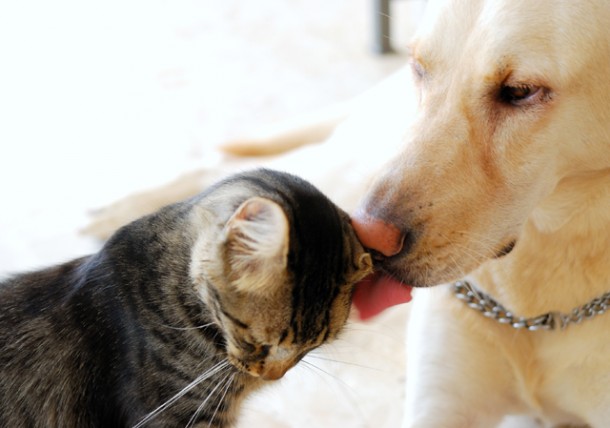 What Should I Do if my Pet is Bleeding?

What Causes External Bleeding in Pets?

One life-threatening cause of bleeding from any of these areas is ingestion of anticoagulant rat poison. If your pet has ingested rat bait, immediate treatment is absolutely necessary because rat bait is fatal to pets! The bleeding will often not start until days or weeks after the poison is ingested. If your veterinarian suspects that your pet has eaten rat bait, a blood test will be performed to evaluate your pet’s clotting times. Evaluating clotting times entails administering a blood test to measure the amount of time a blood sample takes to form a clot. Two tests, called PT and PTT, are most commonly used. A high clotting time indicates an inability to form clots normally, which suggests a predisposition for spontaneous bleeding. A pet that has ingested rat bait and is subsequently bleeding will have extremely high clotting times. Treatment is administration of the antidote, Vitamin K1, both as an injection and as tablets given by mouth for the next month or longer, depending on the kind of poison ingested. Pets with abnormal clotting times may need to be hospitalized for a whole blood or plasma transfusion. Clotting times will be monitored at the end of Vitamin K therapy, with treatment prolonged if needed.

Other Causes of Bleeding in Pets

Trauma is another cause for bleeding from the nose and/or mouth. Causes of trauma can be known or unknown and include being hit by a car, broken teeth, being hit in the head with a ball while playing, falling down a set of stairs or out of a window, falling out of the bed of a moving truck and any other cause of impact to the head. Your veterinarian may take X-rays of your pet’s head as well as evaluate blood clotting times and blood counts. If trauma is severe, your veterinarian may want to monitor your pet in the hospital for a period of time.

Cancer of the nose or mouth can also cause bleeding by breaking down the cartilage of the nose. X-rays may detect cancer, but many times a CAT scan or nasal scope is needed to identify cancer. Another common cause of nasal bleeding can be a foreign body, such as a grass awn (seed), lodged in the nasal passageway.

Liver failure due to cancer, toxins or cirrhosisa chronic disease of the liver marked by degeneration of cells, inflammation, and fibrous thickening of tissue. can cause bleeding in any of these areas. The liver is responsible for making proteins essential for clotting, and in end-stage liver failure, these proteins are no longer made. Simple blood tests to evaluate liver function and clotting function may be done by your veterinarian.

Urinary tract infections or bladder stones can cause bloody urine. Prompt care is also recommended to relieve symptoms of discomfort and to start antibiotic therapy as well as making sure a more serious illness is not present and causing the bleeding.

An infection of the uterus, called a pyometra, can also cause bleeding and mimic the symptoms of a urinary tract infection. If your pet has not been spayed previously, pyometra should be considered as a possibility if your pet is bleeding from her vulva. Pyometra is a potentially life-threatening disease, requiring emergency surgery, antibiotics and IV fluids.

Dysfunction of the immune system can result in internal bleeding. Cells called platelets are found in the bloodstream and are responsible for forming clots to stop bleeding. If the immune system is overreacting, platelets can be destroyed, and a clot is unable to be formed. The result can be spontaneous bleeding in any area of your pet’s body.

Due to a wide range of causes for external bleeding in dogs and cats, prompt evaluation is always recommended. Your veterinarian will use examination, observation and tests to determine the cause of the bleeding and subsequent treatment. Remember to always inform your veterinarian of any medications or toxins that your pet may have ingested so that he or she may accurately and effectively diagnose and treat your pet.