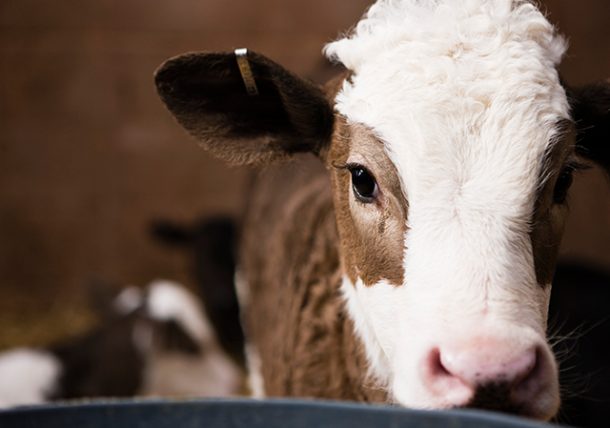 Leptospirosis, commonly referred to as lepto, is a worldwide bacterial infection of domestic animals, wildlife and people. The disease is caused by an infection with the spiral-shaped bacteria Leptospira. Leptospirosis can be a serious disease in people. Human infection is often recreationally or occupationally related, whether it’s through contact with urine or other body fluids of an infected animal or by swimming in water contaminated with urine from infected animals.

There are more than 200 serovars (varieties) of Lepto that are infectious, but only a few are found in any one particular geographic region. The serovar (variety) most commonly associated with bovine leptospirosis in the United States is L. Hardjo (hardjo–bovis) with L. pomona and L. grippotyphosa. Serovars (varieties) are typically associated with one or more maintenance hosts that serve as a reservoir of infection. Examples of serovars and the maintenance host are listed below in the table:

These maintenance or reservoir hosts can shed bacteria, primarily in the urine, for extended periods of time and expose other susceptible animals to the bacteria. Lepto infections are not species specific (e.g., the serovar that is found in skunks can infect cattle and vice versa).

How Is Leptospirosis Transmitted?

Leptospirosis may be spread either directly between animals or indirectly through environmental contamination with contaminated body fluids. The bacteria are commonly shed in the urine of infected animals, which may result in either direct transmission or indirect transmission through environmental contamination of drinking water and feed/pasture. Infected animals may also shed the bacteria in milk and placental fluids, occasionally transmitting the disease venereally. The bacteria gain entrance to the body after contact with mucous membranes (i.e., eye, mouth and nose) or damaged skin. The bacteria then enter the blood where they travel to various organs including the liver, spleen, kidneys, reproductive tract, eyes and central nervous system. Cattle infected with L. hardjo (hardjo–bovis), for which they are the maintenance host, may have a persistent kidney infection and shed the bacteria in the urine for months, thereby contaminating the environment. The bacteria may persist in the reproductive tract as well, resulting in reproductive losses.

Environmental conditions are critical to the survival of Lepto. Survival is favored under warm, humid conditions. Under ideal conditions, the bacteria may survive for days to months in water or wet soil. Survival is brief in dry soil and freezing or very hot temperatures. The risk of contracting leptospirosis may increase for cattle that have access to surface water (e.g., ponds, creeks, marshy pastures), are on heavily irrigated pastures or are exposed to periods of high rainfall. Flood conditions may facilitate the spread of the organism and increase the number of cases of leptospirosis by washing the organisms onto new pastures and increasing cattle contact with the bacteria.

What Are the Clinical Signs in Cattle?

Clinical signs are influenced by the variety of Lepto, response of the animal’s immune system and age at the time of infection. The disease may present as an acute (quick-acting) or chronic (long-acting) infection depending on the specific variety of Lepto. Cattle infected with L. hardjo (hardjo-bovis) generally results in no or relatively mild clinical signs. However, such an exposure may lead to a chronic kidney infection, resulting in long-term urinary shedding of the bacteria that can last from months to years. Persistent infection of the reproductive tract also can occur and result in infertility.

Infection with other varieties (L.pomona, L.icterohaemorrhagiae, L.canicola and L.grippotyphosa) may result in fever, anemia, red urine, jaundiceliver condition that causes yellowing of the skin and sometimes death in calves but usually milder signs in adult cattle. Adult cattle may develop an udder infection resulting in reduced milk yield, and for a week or so the milk may be thick and yellow. In pregnant cattle, the infection may cause abortion, stillbirth or birth of weak calves. Abortions usually occur three to 10 weeks after infection.

How Does a Veterinarian Diagnose Leptospirosis?

The veterinarian may use physical examinations and herd history along with laboratory tests to diagnose leptospirosis. Diagnostic procedures for leptospirosis include tests that look for antibodies produced against the organism (microscopic agglutination test) and those that detect the organism in tissues or bodily fluids (quantitative polymerase chain reaction test). A combination of these tests may be needed to reach a diagnosis.

Can Leptospirosis Be Treated or Prevented?

Leptospirosis is treatable and your veterinarian may prescribe a course of antibiotics for an infected animal. This may stop urinary shedding and improve the clinical condition.

Since leptospirosis affects a wide range of animal species, including wildlife, it is impossible to prevent all exposure in most cattle operations. Vaccines exist as an aid in the prevention of leptospirosis. Various combinations of vaccines exist, and working closely with a veterinarian to design a vaccination program tailored to your specific cattle operation is recommended. A well-planned vaccination program is a cost-effective means to prevent leptospirosis as well as other cattle diseases.

What Is the Economic Importance of Leptospirosis?

In cattle, both beef and dairy, leptospirosis is an economically important disease resulting in substantial losses in productivity. While adult cattle with leptospirosis may outwardly appear clinically normal, the infection may result in losses due to infertility, abortion, stillbirths, weak calves and poor milk yield. This negative impact on production can result in major economic losses to a cattle operation.