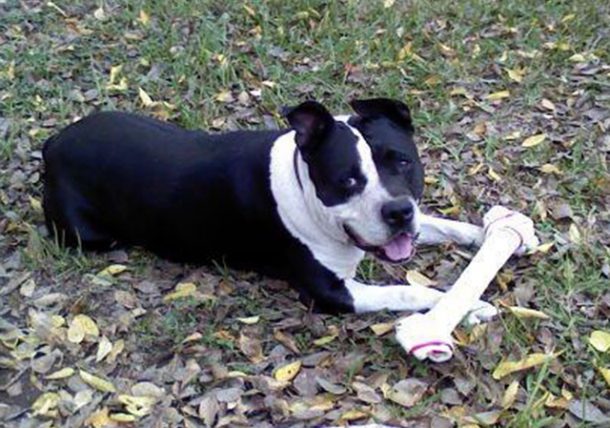 Over the years, pit bulls have garnered a poor reputation, perceived by the public and media as dangerous, aggressive dogs. Before debunking the common myths and misconceptions of pit bulls, it is important to know that new research shows there is no such breed as a pit bull, and when people describe pit bulls, they usually are referring to any possible number of different breeds. In addition, recent research indicates that even experts cannot accurately identify the primary breed in any mixed-breed dog, and this includes dogs that are often referred to as pit bulls or pit bull mixes.

One of the reasons “pit bulls” have gained the reputation as dangerous dogs is their relentless breeding and conditioning to be fighting dogs. Their history as fighting dogs dates back more than 1,000 years in a sport called “bull-baiting.” Bull-baiting was a blood sport in which a bull was tied to a post and dogs were set upon the bull to immobilize it. Public opposition in England led to the banning of this practice in 1835. These dogs who could not be used for bull-baiting were crossbred to create dogs who were used for various purposes from corralling wild cattle and hogs to dog fighting. While the U.S. banned dog fighting in 1976, it continues illegally despite its designation as a felony in all 50 states.

News reports often exacerbate the public image problem of “pit bulls.” Reporters—not industry professionals—usually identify ​the dog’s breed. News reporters may ​categorize​ ​​dogs​ ​into​ ​the​ ​“pit bull”​ ​category if the dogs have​ ​a​ ​square,​ ​blocky​ ​head​ ​and a muscular​ ​body.​ ​This​ means​ ​that​ ​when​ ​viewing statistics​ ​or​ ​listening​ ​to​ ​individual​ ​reports,​ ​it​ ​can​ ​be​ ​difficult​ ​to​ ​know​ ​​the specific​ ​breed. ​​This​ ​can​ ​inflate​ ​the​ ​perception​ ​of​ ​what​ ​kinds​ ​of​ ​breeds​ ​are​ ​involved in cases that often make headlines, such as children being mauled or killed or family members being attacked by their own pet.​ ​

In addition, there has been intense criticism of the media for underreporting dog bites from other breeds while also neglecting to report crucial information in stories that involve “pit bulls.” Information that might make an impact on the perception of the story but isn’t always included may be the training level of the dog, an owner’s ability to control or properly care for the dog and what the victim was doing immediately prior to the incident.

Veterinarians play a role by informing pet owners of the stigma surrounding pit bulls and educating them on the body language of dogs. Many dogs exhibit body language that indicates feelings of distress. However, people may misinterpret, dismiss or be unaware of these signals, unfortunately resulting in a dog bite. As the face of the profession, veterinarians have an obligation to educate society when the opportunity arises.

Victoria Stillwell, a renowned dog behaviorist and trainer, supports the view that dogs don’t attack “out of the blue” or without some sort of explanation. Stillwell lists the following as reasons for aggression in dogs: dogs removed from their home environment and cared for by friends or relatives, dogs exposed to children who have had no previous socialization, dogs with poor social skills, dogs with poor training and dogs with anxiety and stress. Even among dogs that receive training, if the training is punitive and outdated, it may increase the incidence of negative behavior. All of these factors are within an owner’s control.

The American Veterinary Medical Association (AVMA) recommends pet owners take the following preventative measures: not approaching an unfamiliar dog; running from a dog; panicking or making loud noises; disturbing a dog that is sleeping, eating or caring for puppies; petting a dog without allowing it to see and sniff a person first; encouraging a dog to play aggressively; or letting small children play with a dog unsupervised. Veterinarians encourage pet owners to teach small children the appropriate behaviors to exhibit around dogs. In addition, owners of pit bulls should be cautious when unfamiliar people are around their pet. When reviewing various cases, it was common to see the circumstances surrounding a bite involved a person unfamiliar to the dog.

Many factors have contributed to the perception of pit bulls as a threat to society. These reasons include many misconceptions that are not an accurate portrayal of the breed or identification of the actual problem. The true problem is more complex, consisting of poor education of the general public and a lack of preventive measures. It’s easy to blame a dog but difficult to admit that the magnifying glass should be pointed inward. As long as society continues to misrepresent pit bulls or, more precisely, the variety of breeds associated with pit bulls, owners must take extra precautions and care to protect their pets and enhance the reputation of pit bulls. The solution is a multi-faceted effort by the pet owner, veterinarian and prominent pet advocates in the field.

Carol Hurst, LVT, is a graduate of McLennan Community College who lives in Houston, Texas. She works at ABC Animal & Bird Clinic.