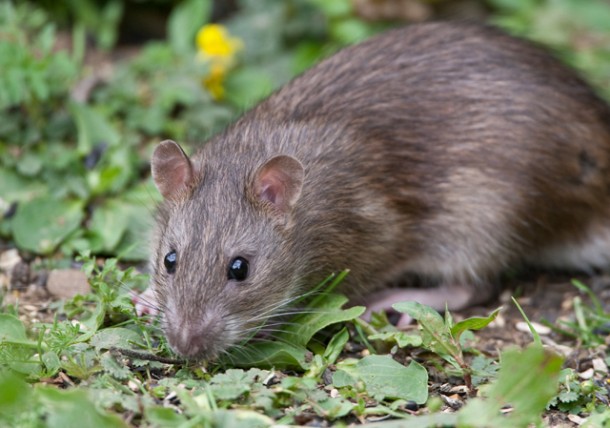 The Centers for Disease Control and Prevention reported in 2015 that a plague-infected dog spread the disease to four residents in Colorado. While this outbreak did not occur in Texas and the risk of the plague is low in Texas as well as in the U.S., it is still important to know the sources of infection with the plague as well as ways to minimize the potential exposure to the infection.

Rodents play a major role in the spread of the disease. The bacterium Yersinia pestis, which causes the disease, lives mostly in small rodents (like rats) and in the fleas that live on those rodents. When a flea bites a rat and sucks some of its blood, the flea picks up some of the bacteria. When the flea feeds on the next rat, it passes bacteria to that rat. Thus, the bacteria continually move through the rat and flea population.

Both cats and dogs can become infected. Dogs usually do not show signs of being ill. However, the dog in Colorado did exhibit symptoms, such as fever and jaw rigidity. Cats contract the disease from a fleabite or from consuming a rodent that was infected with plague. The most common symptom in cats is an enlarged abscessed lymph node usually in the neck area. Often the swelling may be mistaken for a wound from a catfight. That swollen node is referred to as a “bubo,” from which we derive the term “bubonic plague.” (The bubonic plague was rampant in the human population during the Middle Ages.) People who notice these symptoms in their pets should seek veterinary care immediately.

Infected animals can be a risk to their owners and veterinarians. People most at risk of being infected with plague are those in our western states, including west Texas, who engage in outdoor activities or who have close contact with flea-infested pets. Human cases are often associated with camping or having contact with wild animals, especially ill or dead small mammals or rodents. A few cases have been reported in people who had been camping in national parks.

A flea will hop onto a person and begin feeding by sucking blood. Just as in the rats, the flea deposits plague-causing organisms into the human while feeding. Those bacteria start to multiply and move through the body. The body has lymph nodes that serve to “filter” foreign particles, like plague organisms. When the lymph node traps the bacteria, it becomes swollen and painful (bubo).

Not only is plague transmitted by the bite of an infected flea but the disease can also be picked up when a person touches the blood or other tissues of an infected animal or person. If a person with plague is not treated, the bacteria may make their way to the person’s lungs. When that person coughs, the bacteria are expelled in the droplets in the cough, which can spread illness to people who inhale them.

Luckily, because we have good sanitation, garbage disposal and rodent and flea control, we rarely see the disease in the U.S. There are many precautions to take to minimize the risk of infection with the plague: