Seizures in Dogs and Cats 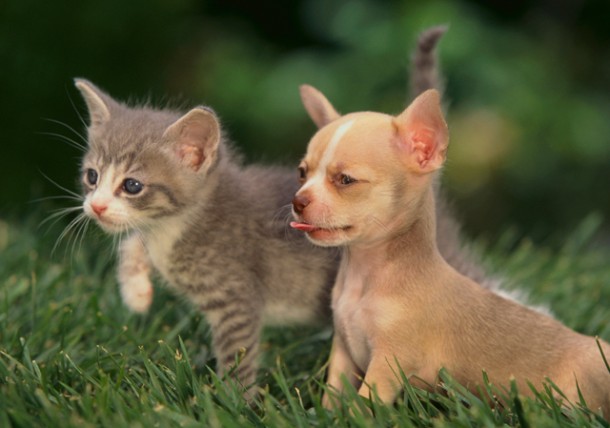 A seizure (also called a convulsion) is a sudden, uncontrolled burst of electrical activity within the brain leading to involuntary muscle activity. A generalized or grand mal seizure is the most common type, lasts less than two minutes, and is characterized by variations in consciousness, jerking or twitching of limbs, chomping jaws, drooling and sometimes urination or defecation. A focal motor or partial seizure is one in which the jerking activity is limited to a particular part or area of the body. Whichever the type, a seizure is typically followed by a period of confusion or disorientation, exhaustion and possible temporary blindness. Seizures can sometimes be difficult to distinguish from fainting spells.

Causes of Seizures in Pets

The causes of seizures are numerous. Problems within the brain that can cause seizures include birth defects, trauma, tumors or infection. Even though the target organ is the brain, seizures can also be caused by situations outside of but ultimately affecting the brain. Examples of these metabolic causes of seizures are low blood sugar levels, various toxins or poisons, severe liver or kidney disease, electrolyte imbalances and high blood pressure. Sometimes we can’t identify the actual reason or cause for the seizure. Blood testing will help to rule out many causes of seizures. Another important clue is the age of the patient, along with the medical history and bloodwork. This information will help to guide the recommendations for further workup.

In dogs and cats less than a year old, birth defects, brain infections and hypoglycemiaDeficiency of glucose in the bloodstream. are the most common causes of seizures. Birth defects could include congenital brain malformations such as hydrocephalusA condition in which fluid accumulates in the brain, enlarging the head and sometimes causing brain damage. or a problem with blood vessels in the liver. Collection and analysis of spinal fluid may be indicated. Cats and dogs that begin to seize between one to five years of age are more likely to be diagnosed with epilepsy, which is a disorder causing the animal to have regularly recurring seizures that have no identifiable underlying cause. Epilepsy is presumed to be genetic, and predisposed dog breeds include miniature Schnauzers, toy breeds, cocker spaniels and Labrador retrievers. Because of the hereditary potential, no dog with suspected epilepsy should be bred.

The most common cause of seizures in an older dog or cat is a brain tumor. Some of these tumors are operable; others are responsive to chemotherapy or radiation. The diagnosis of a brain tumor requires advanced-imaging techniques such as a CT scan or an MRI. These are available at referral or specialty centers with a veterinary neurologist.

Treatment of Seizures in Your Pet

When your cat or dog experiences a seizure at home, take precautions to ensure that it won’t fall and injure itself or others. If your pet experiences a seizure that lasts longer than normal or with more frequency, the veterinarian may prescribe a medication, such as Valium (administered nasally or rectally), for the owner to administer at home. Since it is an event that only lasts a few minutes, it can be very helpful to take a video of the episode. Usually the seizure is over by the time the pet is presented to a veterinarian, so a visual record of what happened will be very useful.

If an underlying cause can be found, specific treatment can be initiated. Cats and dogs that have an occasional mild seizure probably do not require treatment, but those with multiple, recurrent or violent seizures can be given anticonvulsantUsed to prevent or reduce the severity of epileptic fits or other convulsions. medication. The aim of the medication is to limit the frequency of seizures while avoiding the side effects of the drugs. Seizure control is rarely perfect, and sometimes hospitalization is required initially. There are several medications available for this purpose, and they require regular monitoring, blood testing and dosing adjustments to avoid toxicity. Many are controlled drugs and must be stored carefully out of the reach of children. Regardless of the medicine type, there is some risk to discontinuing seizure medications, and therapy is most commonly life-long.

The prognosisA forecast of the likely course of a disease or ailment. of a dog or cat with seizures depends on the underlying cause. If it can be resolved or managed with medication, many pets can have a good quality of life.