Sudden Collapse: What You Should Do 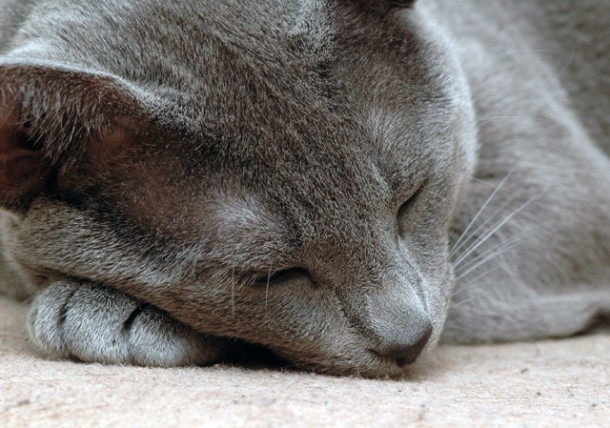 Nothing is more frightening than finding a pet collapsed and unresponsive, but it is important to stay calm. Acute collapse often comes on very suddenly, similar to a person fainting or passing out. It may also begin with weakness, staggering, disorientation or a physical event like vomiting or diarrhea.

What Should You Do?

There are a few critical things a pet owner can do before transporting or during transport to the veterinary hospital for their pet’s collapse. ResuscitationCardiopulmonary resuscitation, commonly known as CPR, is an emergency procedure performed in an effort to manually preserve intact brain function until further measures are taken to restore spontaneous blood circulation and breathing in a person who is in cardiac arrest. and supportive care may be needed to help the pet make it to the veterinarian. Start by checking for a heartbeat by placing a hand over the “V” of the chest just behind the elbows in a small pet. If dealing with a larger pet, try placing a hand against the chest at about the level of the ribcage that the animal’s left elbow reaches when flexed. Pulses can also be felt on the inner hind leg in the groin area. At the same time, watch the chest and abdomen for the rise and fall of breathing. Normal heart and respiratory ratesThe rate of ventilation, that is, the number of breaths taken within a set amount of time. range from approximately 80 to 120 beats per minute and five to 20 breaths per minute. These vary greatly with the size of the pet. It’s a good idea to know ahead of time what your pet’s numbers normally are at rest, so ask your veterinarian at your pet’s next visit.

If there is no breathing or heartbeat, you will need to start chest compressions (or CPR, to be described separately). If breathing and a heartbeat are present, prepare the pet for transport by maintaining a clear airway with the pet’s neck supported and head slightly lower than the body. This will allow gravity to help the heart pump blood to the brain and keep any fluids in the mouth or esophagus from flowing into the lungs. If you do not suspect overheating as a cause of collapse, grab a warm blanket if quickly available and use it to wrap around the pet for the car ride. Do not delay transport and call ahead if possible, as precious time can be lost if the facility is closed or if a doctor is not available. The technical staff will also want the opportunity to get properly prepared for your arrival, with IV lines, oxygen and other equipment set up. Be familiar with your veterinarian’s emergency policy, as well as the location of the nearest emergency clinic. This information can make the difference when minutes count.

Collapse is caused by a range of incidents from electric shock (e.g., puppies or rabbits chewing on an appliance cord) to endocrine diseases such as Addison’s Disease or diabetes. Sometimes acute collapse can accompany rapid and severe allergic reactions occurring from an insect sting, a drug or a vaccine; this is called anaphylaxis. Some cancers as small as a pea can abruptly release a chemical into the bloodstream that mimics an allergic reaction. Significant internal hemorrhage (e.g., ruptured tumors, bleeding disorders), poisoning from chemicals or encounters with wildlife (e.g., snakes, bufo toads), seizures, irregular heart rhythms, changes in blood pressure, heatstroke, violent coughing or vomiting episodes, choking on food and unusual causes like narcolepsy can all result in a sudden loss of consciousness.

Warning signs may be absent or very subtle. Cats are particularly clever at hiding illness, so the first sign can be dramatic and come with tragic consequences. For this reason, regular exams are strongly recommended so signs can be identified early. Sometimes the evidence is in the environment—a spilled chemical in the garage, an electric cord with teeth marks in it or a collapsed pet outside on a hot day.

The reasons for acute collapse are so diverse that a thorough history, physical exam and diagnostic work-up are necessary in order to prevent a second event. Additionally, some animals will appear to recover spontaneously from collapse but have delayed reactions. For instance, an electric shock can cause the lungs to fill with fluid within minutes or up to 24 hours later. Puncture wounds and swelling may not be readily apparent after a snakebite, but antivenom is needed (for certain snake venom) within four hours. All pets that suffer an episode of acute collapse should see a veterinarian immediately, even if all seems to be well.

Heather McCauley, DVM, is a graduate of University of Florida College of Veterinary Medicine who lives near Rockwall, Texas. Dr. McCauley practices as a relief veterinarian serving the eastern Dallas metroplex to Tyler areas for McCauley Veterinary Services.