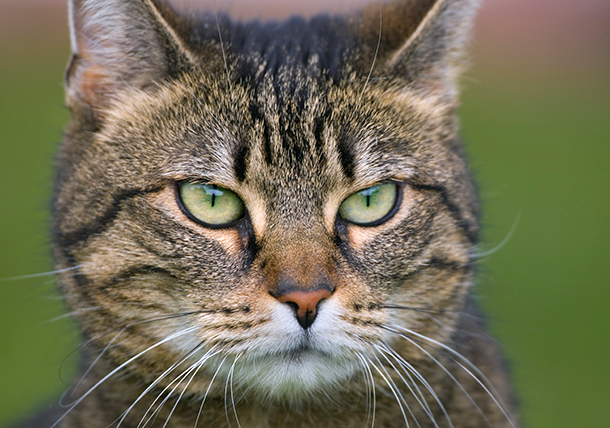 Small dogs and cats can have painful hip problems, such as hip dysplasia, the hip coming out of the joint (luxation), fractures and developmental problems that lead to osteoarthritis (OA). Medical treatment includes the use of pain relievers, cartilage protective agents, physical therapy and dietary restrictions to maintain a lean body condition. Some dogs and cats, just like humans, reach a point at which medication for pain is insufficient. Surgery should be considered when clinical signs related to pain from arthritis are still present in spite of pain medication being administered.

In the past, the surgical option to treat hip pathology in small patients was femoral head ostectomya surgical procedure that aims to restore pain-free mobility to a diseased or damaged hip, by removing the head and neck of the femur (the long leg bone or thighbone) (FHO). However, numerous published scientific articles about the outcomes of FHO provide only subjective results often not based on facts. Until 1995, there was very little objective data about the real and unbiased results of the FHO procedure. Current technology now provides objective data that shows function after FHO is not nearly as good as it was previously believed to be1. An FHO carries the risk of not achieving acceptable pain relief or restoration of function in both large- and small-breed sizes (Off W, Matis U: VCOT 23:297-305 2010). An FHO disrupts the normal ball-in-socket function, results in limb leg length (shortening) discrepancy and unpredictable pain relief and may require prolonged rehabilitation (Liska et al. 2009).Muscle atrophy with weakness in the leg also is common indefinitely after FHO surgery

The goal of THR is a pain-free joint that mimics normal biomechanics with excellent long-term function. THR is a common procedure used to treat arthritis and other disorders in large dogs, and it is as successful in small patients. Total hip replacement has been available for cats and small dogs since 2005, with implants (Figure 1) and instrumentation designed specifically for small patients. 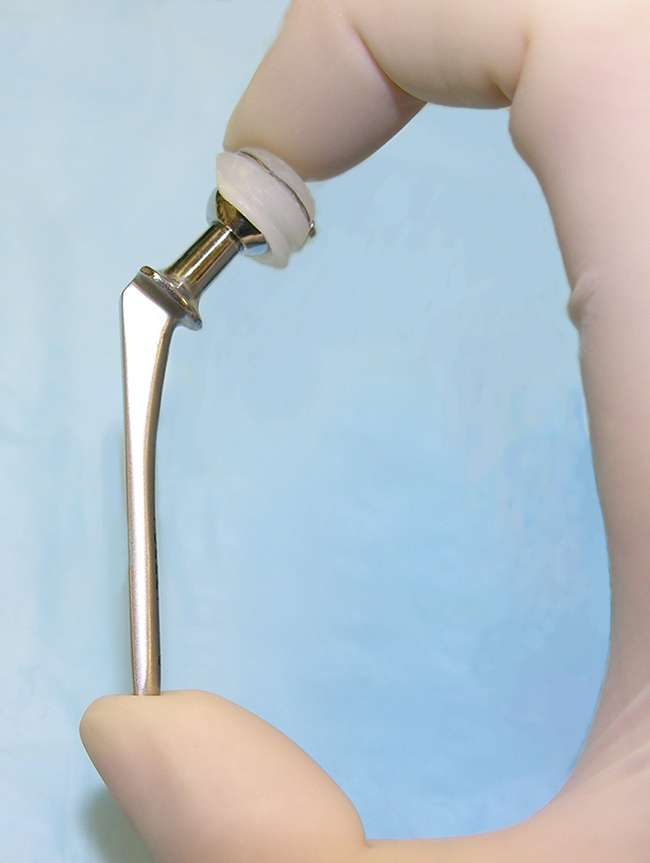 Figure 1. The hip replacement implants are relatively small compared to those used in larger dogs. The implants illustrated for example would be used in a 12-pound dog or in a cat. There are three components: the white, ultra-high molecular weight polyethylene (plastic) cup, the metal stem and the ball that fits up into the cup.

One of the smallest dogs to receive a THR to date is a 5-pound Maltese. The weight range for THR in small dogs is about 5.5 to 26.4 pounds. THR surgery on both hips in dogs (Figure 2) and THR in cats (Figure 3) has been reported in published scientific literature. 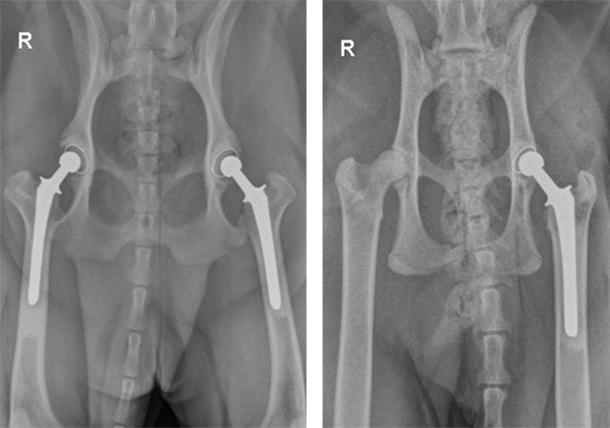 Figure 2. Both hips were replaced in this 12-pound Shih Tzu. Figure 3. A hip replacement was performed in this 10-pound cat that had arthritis on one side. The other hip is normal.

The THR surgery technique in small dogs and cats is similar to that for a large dog. The implant components’ profile and design are smaller versions of large sizes for larger dogs. There is nothing unique about the procedure except that the patient, the implants and the instrumentation are smaller. The complication rate is low.

1. Off W, Matis U: Excision arthroplasty of the hip joint in dogs and cats. Veterinary and Comparative Orthopaedics and Traumatology. 2010, 23:297-305