In Memory of
Kat 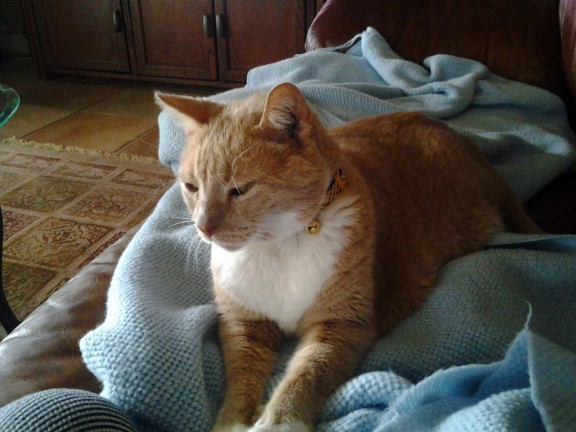 Kat adopted us shortly after we moved to the banks of the Guadalupe in 2004. He was a neighborhood stray for several years and we were told he had survived 2 previous floods (1998 and 2002) so he was a senior when he chose us as his forever family. He brought so much love and happy memories to our family and had quite the personality. About 2 years ago he developed diabetes requiring insulin daily but the disease finally affected organs and we lost him in March 2015. We know he will be waiting for us at the Rainbow Bridge!