In Memory of
Rico 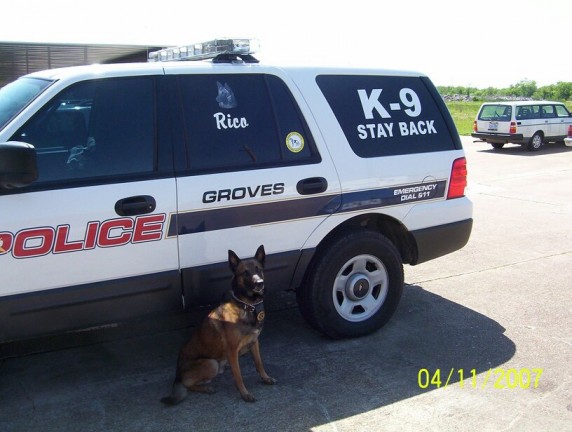 Rico was born in Holland and was brought to America by the Detection K9 of America, K9 school. Rico was trained as a dual purpose K9 and paired with his handler/owner, Deputy Marshal Charles Budd in March 2004. Rico started on patrol in April 2004. Rico worked with local agencies, Customs and Border Patrol and the U.S. Cost Guard in his patrol duties. Rico and I went to schools and other educational facilities to talk with children about the dangers of drugs, firearm awareness and the stranger danger program. Rico served on active duty until August 31, 2009, when he retired with his handler. Rico and I then served on reserve duty until his passing. Rico loved life and loved to serve. While receiving treatment for a back injury, Doctors located cancer in Rico’s lungs. Rico died in my arms at 8:45 AM on 01-14-2013. You have been reassigned my friend, to patrol the house of heroes in heaven. You were the best friend, partner and dog a man could have. Fallen but never forgotten.