In Memory of
Charlie 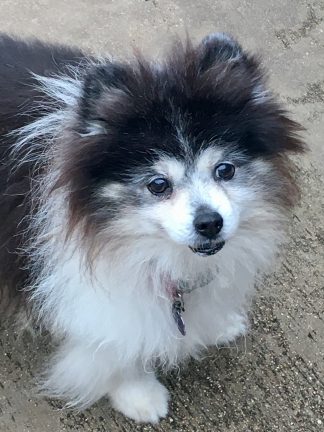 Charlie was a rescue dog at Lone Star Shelter, Midland, Texas. While giving the staff his future home information, I realized I didn’t have the money to pay for his chip and vaccinations. The staff told me that I could leave him on the chair and that they’d watch him until I got back. When I got back, he was still sitting in our chair and looking out the door. The staff said that he never moved during the time that I was out of the office. He was my dog and I was his! The staff indicated that he was approximately 10 years old. Charlie loved to play “fetch” with his little brown stuffed toy even after the stitching holding the head on was nearly gone. After 6 years with us, his kidneys and bladder were failing. He’d wet himself while sleeping and while walking. It wasn’t until the carpet was really stained that I made a painful decision. Animal Clinic & Hospital of Midland had taken care of him for all these years. I held Charlie until death. He will not be forgotten.