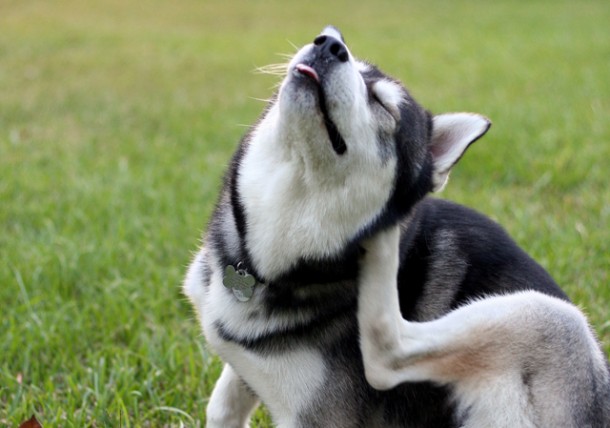 What is an allergic reaction?

An allergic reaction is a response by an animal’s immune system to a foreign molecule known as an antigen that can lead to a variety of immediate or delayed signs in the body. The foreign antigen may be ingested, inhaled or delivered into the body by injection, sting or the bite of something like a nonvenomous snake. Some potential antigens include foods and medications, pollens and molds, insect stings or bites and vaccinations. While there are different types of allergic reactions, this article will focus on immediate, or anaphylactic, types of allergic reactions.

Anaphylaxis is caused by exposure to a triggering antigenA toxin or other foreign substance that induces an immune response in the body, esp. the production of antibodies. that then leads to the release of a substance called histamineA compound that is released by cells in response to injury and in allergic and inflammatory reactions, causing contraction of smooth muscle and dilation of capillaries. in the body, as well as other inflammatory substances. Relatively mild reactions in dogs and cats usually manifest as restless behavior, itching, reddening of the skin, facial swelling and hives. More severe reactions can lead to wheezing and labored breathing, particularly in cats, and vomiting and diarrhea, especially in dogs. The most serious allergic reactions may also cause a drop in blood pressure leading to pale gums and collapse. Typically, the faster the onset of signs, the more serious the reaction will be. Left untreated, anaphylacticAn acute allergic reaction to an antigen (e.g., a bee sting) to which the body has become hypersensitive. reactions can lead to death, in some cases in less than an hour. Immediate veterinary care is recommended for any allergic reaction, as they can progress quickly.

How does a veterinarian diagnose and treat an allergic reaction?

Your Texas veterinarian will make the diagnosis of anaphylaxis based on a physical exam and on the information you provide about your pet, such as any medications or vaccinations recently received, any past allergic reactions, what environment your pet was in immediately prior to the reaction or anything else it was doing before becoming ill and the signs you have noticed so far.

Treatment of an allergic reaction depends on the type and severity of signs. The milder reactions can often be managed with an antihistamineA drug or other compound that inhibits the physiological effects of histamine, used esp. in the treatment of allergies. (e.g., Benadryl, an over-the-counter diphenhydramine). The antihistamine is much more effective if given by your veterinarian as an injection instead of by mouth. If your veterinarian instructs you to give an over-the-counter antihistamine to your pet, it is important to make sure that the only active ingredient is diphenhydramine as some additives found in human medicine, such as acetaminophen or ibuprofen as well as some decongestants, can be harmful to animals. Often a steroid medication may be used to control the inflammation associated with the allergic reaction and can also help with the later phases of anaphylaxis, but possible blunting of a vaccine response should be considered if the reaction was to a vaccination.

Treatment of more severe allergic reactions typically involves epinephrine, aggressive intravenous fluid treatment for shock, fresh-frozen plasma and possibly even a blood transfusion if the pet is actively bleeding or showing signs of clotting problems. Support of the respiratory system may include oxygen administration and medications to keep the airways open, as well as intensive care and monitoring in the hospital. Prognosis in these cases is very guarded, and there is a possibility that a pet may not survive despite the best efforts of your veterinarian.

When the antigen that triggered the allergic reaction is known, preventing future exposure to the same antigen is very important. There are a variety of diagnostic tests available that may help determine the offending antigen. For reactions to a vaccination, your veterinarian may recommend giving only one vaccination at a time rather than multiple vaccinations during a single visit, pre-medicating the pet with an antihistamine and keeping the pet in the hospital for several hours after a vaccination to observe for a reaction.

How can a Texas pet owner be prepared?

In the case of insect-sting or bite reactions, your local Texas veterinarian may prescribe an epinephrine autoinjector (e.g., an Epi-pen) for you to have on hand in case of exposure. Learn to recognize the early signs of anaphylaxis, and keep the appropriate dose of diphenhydramine handy at home and in your car.