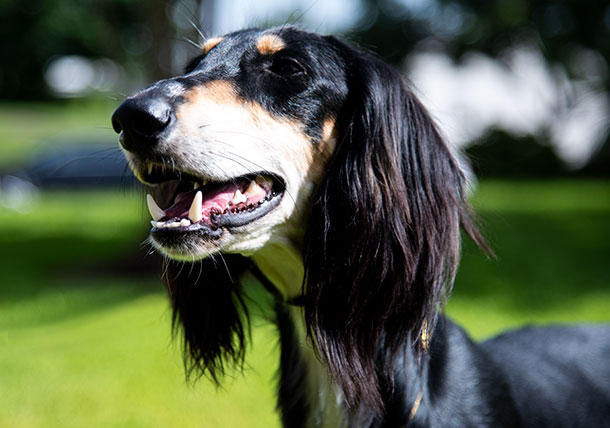 The cranial cruciate ligament (CCL) is equivalent to the ACL in people and is one of the four primary stabilizing ligaments of the knee.

Common Cause of Lameness

Cranial cruciate ligament rupture (CCLR) is one of the most common causes of hind limb lameness in dogs. Young to middle-aged female, large-breed dogs such as Labradors, Retrievers and mixed-breed dogs are at greatest risk for a CCLR, though any dog can be affected. Whereas trauma is a common cause of ACL tears in people, CCLR in dogs is typically degenerative in nature. Some proposed predisposing factors for cruciate injuries in dogs include genetics; obesity and poor fitness level; early neutering; excessive tibial plateau slope (TPS); immune-mediated disease; and bacterial presence within the joint. However, as with ACL tears in people, sudden rupturing of the ligament also can occur.

Though the underlying cause of the disease may be different in each dog, the anatomy of the joint may play a role in the continued breakdown of the ligament. Due to the TPS, the CCL is under stress during weight bearing as it attempts to keep the femur and the tibia in appropriate alignment. There is some evidence that the steeper the TPS, the greater the likelihood of a dog developing a CCLR. The instability that develops is partly responsible for the pain present in dogs with this injury. As the CCL tears, changes also are taking place in the joint, leading to a loss of cartilage health and a complete loss of cartilage in end-stage arthritis. In most patients, once the degenerative process of the CCL begins, the ligament will eventually tear completely.

Clinical signs of early (partial) CCLR may include an acute (sudden) onset of hind limb lameness following activity that improves with time and is followed by intermittent stiffness after rising to stand or mild-to-moderate lameness following heavy activity. As the disease advances and the ligament progressively tears, the lameness may become more consistent.

There are multiple tests your veterinarian can perform to help diagnose a CCLR. One of the first signs present prior to instability may be pain with full extension (hyperextension) of the knee. This pain is likely due to stretching of the intact or strained fibers of the CCL. Once the ligament tears to a certain degree, the tibia can be manually manipulated to show instability in what is called the “cranial drawer test,” in which the tibia can be moved forward in relation to the femur. Another sign referred to as tibial thrust may be elicited as well. With this test, weight bearing is mimicked, and the front of the tibia can be pushed forward in relation to the femur. It is important to keep in mind that if a partial CCLR is present there may be clinical signs of pain and lameness without any obvious instability during an exam.

Other signs that may be noted on the physical exam include loss of muscle mass (atrophy), detection of effusion (excessive fluid causing swelling) within the joint and scar tissue formation around the knee (buttress). This scar tissue is the body’s natural response to attempt to stabilize an unstable joint. Long-term, this scar tissue leads to a decreased range of motion in the knee. Finally, a “clicking” sound may be noted in a small percentage of patients with meniscal tears concurrent with a CCLR.

Though the cranial cruciate ligament is not visible on an X-ray, radiographs can help confirm a diagnosis of a CCLR by detection of changes that occur in the joint. These changes may include effusion, arthritis and forward location of the tibia relative to the femur. Radiographs also can help rule out other concurrent injuries.

There are both medical and surgical treatment options for pets with CCLR. The choice as to the avenue you pursue may be influenced by factors such as patient size, the stage of disease, the amount of instability present, the expectations you have for your pet’s activity level/quality of life and the presence of any other concurrent medical conditions (other orthopedic disease, severe heart disease, uncontrolled hormonal disease, cancer, etc.). While many small-breed dogs may do well with medical management, most large-breed dogs typically require surgery to return to a high level of function.