A Microchip from the Old Block 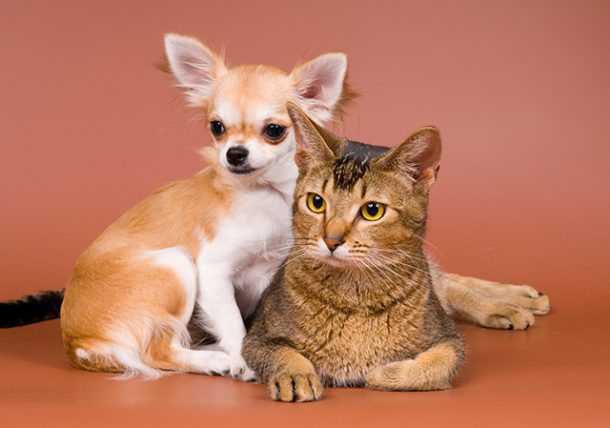 While people occasionally post open house or yard sale signs in their neighborhoods, the most common are missing pet signs. Pets go missing every day, and the people who lose them all wonder the same thing: will I ever see Fluffy or Fido again?

While a microchip is no guarantee your lost pet will be brought home, it is a form of insurance that every shelter and veterinary clinic evaluates for when a stray or found pet arrives at our doors. A recent study by HomeAgain, a microchip service company, indicated that less than 2 percent of cats without microchips were returned home. If a cat was microchipped, the return-to-owner rate was 20 times higher than if the cat was not microchipped.

How a Microchip Works

A microchip is a permanent form of identification that cannot fall off, be removed or become illegible. The chip is the size of a rice granule placed under the skin, typically between the shoulder blades, via an injection. Microchips use passive radio frequency identification (RFID) technology, which can be read using a microchip scanner. The scanner identifies a number that is traced to the chip manufacturer, and the number corresponds to that pet’s contact information in a database.

Before and After Inserting the Microchip

Prior to inserting a microchip, the pet is scanned to verify there is not already a microchip in place. In domestic pets like cats and dogs, the chip can be placed while a pet is alert and awake with mild discomfort, similar to receiving subcutaneous (beneath the skin) fluid therapy, or combined with an anesthetic procedure so the pet can’t feel the placement. After placement, the microchip scanner verifies the unique identification number.

According to HomeAgain, the average cost of a microchip and its lifetime registration is only $45, which is more affordable than the examination itself in most cases. Some companies have a registration fee that will last the life of the pet, and others require an annual fee. Microchips typically come with a tag with the identification number, which can be worn on a collar, as well as a certificate, serving as proof of ownership. Other animals also can be microchipped. Horses are typically chipped on the left side of the neck and birds in the breast muscle.

Types of Microchips Vary by Country and Manufacturer

There are a variety of types of microchips, depending on the manufacturer, and any of them are helpful for identification in the United States. Some countries’ immigration rules require pets to be microchipped. Outside of the U.S., ISO compatible chips tend to be required; if you are planning an international move, ask your veterinarian about the best microchip to use. Also, not all scanners can read all types of microchips, though universal-type scanners are available.

Occasionally, pets show up at a hospital or shelter with a microchip, but the chip corresponds to the shelter from which it was adopted or the number corresponds to a blank entry. A microchip that has not been registered is useless because no address or phone number is linked to its unique identification number, and there is no way to return the animal home. Similarly, it is important to update contact information in the registry after a move or a transfer of ownership.

In Texas, it’s especially important to have permanent identification for pets because the state is prone to flooding, tornadoes and hurricanes, all of which can displace pets far from their homes. When Hurricane Ike hit Galveston in 2008, the coast was devastated by the storm surge, homes were washed away and people lost their lives. Disaster efforts included trying to reunite pets with their families, which was made infinitely easier with microchip technology. It’s impossible to predict when acts of nature beyond our control will occur, and microchips can make a difficult situation more tolerable. My own cat was a Hurricane Katrina refugee from my college years in New Orleans. Even though he was neutered, friendly and quite clearly owned, he had no microchip. After listing his picture on pet recovery websites for five months, Toby became my kitty. Don’t let your pet become a statistic!

Looking up a microchip number?