May Is a Busy Month for Companion Animals 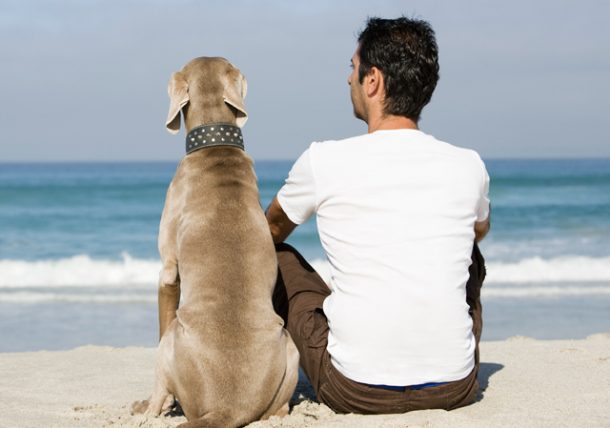 Did you say “I love you” to your faithful pet today? If so, you are not alone; approximately 91 percent of pet owners have said those same words to their pets at least once. Additionally, surveys indicate that about 76 percent of pet owners feel guilty about leaving their pets alone at home. An estimated half of pet owners consider pets to be family members while the other estimated half consider them to be pets and companions. No doubt about it, animals play an integral part of the family unit and, in some cases, can be one of the most important beings in a person’s life. With approximately 60 percent of U.S. households containing a companion animal, there are plenty of reasons to celebrate National Pet Week and Be Kind to Animals Week, which are typically celebrated in the first two weeks of May. Although dogs and cats comprise the majority of the pet population, birds, ferrets, horses, rabbits, fish and an array of rodents, reptiles and amphibians also deserve honorable mention.

The human-animal bond demonstrated in the home can also serve an important purpose in other arenas. For instance, therapy dogs provide a positive presence in nursing homes, centers for the mentally ill and hospitals, to name a few. Companion animals visiting these facilities offer patients any array of health benefits by promoting the following activities:

Another direct health benefit can take place because some animals may sense changes in a person’s mental or physical condition and alert facility staff members to potential problems.

In specific health scenarios, pet companionship has demonstrated significant benefits for sufferers of Alzheimer’s disease; pets have lowered hyperactivity, verbal aggression, anxiety and psychological suffering in these patients. Pets have also demonstrated the ability to lower blood pressure in humans by their physical presence. Some dogs have even been known to detect cancer, such as melanoma (a type of skin cancer), which may have otherwise gone unnoticed.

With all that companion animals do for us, shouldn’t we return the favor by being responsible pet owners? When you adopt an animal, a visit to a veterinarian should head your list of things to do. In addition to having a general health assessment, many animals, especially dogs, cats, ferrets and horses, require a variety of vaccinations that should be administered on a schedule provided by a veterinarian. Some of the diseases you are having your pet vaccinated against, such as rabies and leptospirosis, can be passed between animals and humans. Therefore, by protecting your animal, you are protecting yourself, family members and friends from potential exposure to certain diseases. Many animal diseases caused by parasites, including a variety of worms, can also be shared with people; however, administration of an appropriate dewormer and some preventive medicine advice from a veterinarian can address any related animal and human health concerns.

Don’t forget that responsible owners take their pets to a veterinarian for sterilization, including an ovariohysterectomy (commonly called a spay) for female animals or an orchidectomy (commonly called a castration or neuter) for male animals. There is also a nonsurgical sterilization procedure available for some male dogs; consult with your veterinarian concerning the best option for your pet. Overpopulation in dogs and cats poses a serious problem. It is a sad realization that millions of these animals are euthanatized yearly in animal shelters throughout the U.S. because there are just not enough homes to go around. Additionally, spaying females helps to avoid potential infections and, if done early, reduces the chances of the animal developing mammary cancer. Neutering males diminishes fighting and subsequent injuries, roaming, prostate infections and, in cats, the dreaded art of marking territory through spraying.

Pet owners should also be aware that animal bites are a major public health concern. According to the Centers for Disease Control and Prevention, an estimated 4.5 million people in the U.S. are bitten annually; approximately one in five of those require medical attention. Dog bite injuries tend to be most prevalent in children in the age range of 5 to 9 years and account for a high number of emergency room visits for children at this age. Regardless of the reason that a dog bites a person, there are consequences for the pet and the owner, including possible quarantine (which can be expensive for the owner and stressful for the pet) or even euthanasia to test for rabies in the case the pet is not current on vaccinations. As a responsible pet owner, keep your dog(s) confined, whether in a fenced yard or on a leash, to avoid unfortunate encounters with people. Also, learn about special issues involving the family pet’s interactions with newborns and young children. This preventable problem has received national attention with the declaration of Bite Prevention Week, which typically falls in the middle of May.